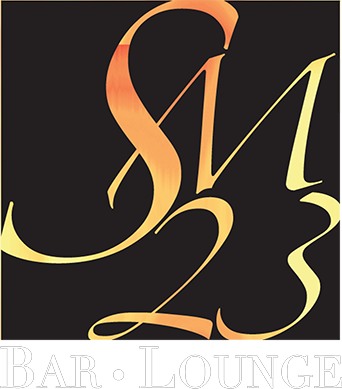 From the Tigress to the Cub, a Morristown dining dynasty evolves

morristowngreen.com (Go to website) – The Tigress is handing over her kingdom to the Cub.

Sneh Mehtani, whose tenacity over three decades has built an enviable restaurant business in Morristown and Edison, has been named New Jersey Restaurateur of the Year for 2013.

And she has decided to go out on top. Sneh is handing over the keys to Mehndi, Ming II and the SM23 nightclub in Morristown to her son, Shaun Mehtani.

“He’s a good son, and a great guy,” Sneh said recently over a lunch of tandoori chicken, lentils and scrumptious spiced spinach at Mehndi.

She feels it’s finally time to ease up and enjoy some quality time with her husband and business partner, Satish Mehtani.

“Those footsteps are impossible to follow. I would die trying. So I’ll just do the best I can,” said Shaun, 29, who has been groomed for this role since boyhood.

“I took him everywhere,” Sneh said with pride.

‘THE GUEST IS GOD’

This week, the New Jersey Restaurant Association is scheduled to honor Sneh Mehtani at Mayfair Farms in West Orange. It’s a big deal; she has been deemed the top restaurateur in a state with 23,000 dining and drinking establishments.

Sneh was working for Air India in New York when a friend suggested she start an Indian restaurant. That was 1983, and the restaurant was the Moghul Room in the Hotel Pennsylvania, near Madison Square Garden.

Her Pakistan-born husband, an engineer who was working in the insurance industry at the time, would assume behind-the-scenes business chores while she handled everything else.

Their empire now includes Moghul, Ming and the Mirage banquet facility in Edison, in addition to their Morristown restaurants and nightclub. Their combined ventures employ about 100 people. When Indian-American weddings grew lavish in the 1990s, Sneh was the go-to caterer for countless couples, coordinating up to 400 weddings a year.

No detail was too small in her quest for perfection; hence the “Tigress” nickname, said Shaun, who described his mother as his idol and mentor.

“She could work 150 hours a week and not feel tired,” Shaun said.

Sneh, who studied economics at the University of Delhi, imparted other valuable lessons to her son.

“The most important thing in the industry is empathy. People want to know you feel what they feel,” Shaun recounted.

Sneh has a favorite Hindi saying: “The guest is God. The guest has come, so God has come.”

She also counseled Shaun to go everywhere, and to keep an open mind along the way–because you never know where the next idea will come from.

Shaun appears to have taken that advice to heart, visiting all seven continents, including Antarctica. While studying in France, as part of his MBA program at Dartmouth’s Tuck School of Business, he met his fiancée, a woman of German/Bulgarian descent who speaks six languages. They are planning a June wedding in Paris.

Practicing what she preaches, Sneh transformed a casual remark into a new business after the economic downturn of 2008 clobbered corporate bookings at her Mirage banquet hall.

During weekdays, the hall now serves as a professionally staffed adult daycare center, for persons with dementia and other disabling conditions. Demand was so great that the family opened a second center in Edison, called Nirvana. A third is coming to East Orange, the family said. These facilities primarily serve people from the Indian and Korean communities.

Her husband, who came from India in 1969 to study at the Polytechnic Institute of Brooklyn, spends a lot of time at these centers, cheering up the clients with conversation and card games.

“This is what I learned from Mother Teresa,” said Satish, 79, who has the documentation to prove it, in a scrapbook bulging with thank you letters, photos and press clippings.

The Mehtanis have fed presidents–Clinton, Singh and Musharraf–along with celebrities such as the late Ravi Shankar, Whoopi Goldberg and Anil Kapoor, star of Slumdog Millionaire. They catered the wedding for Deepak Chopra’s son.

Many of Morristown’s less fortunate sons also have enjoyed meals courtesy of the Mehtanis, who are supporters of the Market Street Mission.

From his father, Shaun has gleaned a sense of patriotism and a grounding in customer service.

“This is a land of dreams,” said Satish. “If you are dedicated, honest, sincere and a hard worker, the sky’s the limit.”

And while Morristown is a great destination–Sneh and Satish maintain a home here–the Mehtani restaurants have succeeded slightly off the beaten path, at Headquarters Plaza, not on busy South Street.

Shaun, a product of Morristown’s Peck School and Blair Academy in Blairstown, said he hopes to test his entrepreneurial skills.

At the same time, he expects to put his stamp on the family brand–a process already under way. He’s been easing into his new duties for awhile now.

This year, he said, the family has invested $100,000 sprucing up its dining operations, from redone websites and online gift ordering to new china and improved rest rooms. New wine- and cocktail lists are next, he said.

He has undergone some personal renovations, too, hitting the gym and shedding 60 pounds. (“I met a girl,” he explained.) Ethiopian and Vietnamese cuisines are among his favorites; these days he is exercising moderation on that front.

Curiously, he noted that he never has had a home-cooked meal. But then, he did grow up in the restaurant world.

Like his parents, who opened their first Morristown establishment in 1994 (Moghul on Morris Street), Shaun is bullish on the town.

Vij Pawar, Morristown’s town attorney, has represented the Mehtani Restaurant Group for more than a decade. He said the brand is passing into capable hands.

“When I see Shaun Mehtani, I see the same drive, the same passion for perfection as his mother,” Vij said.

“I am very passionate about things,” Shaun acknowledged. “I have a “like” or “don’t like” button. I either love something or I hate it. I am passionate to a fault.”

But he takes care not to push comparisons to the Tigress too far.

No Replies to "From the Tigress to the Cub, a Morristown dining dynasty evolves"

Got something to say? Cancel reply